Published by REAPER in News on February 9th, 2010 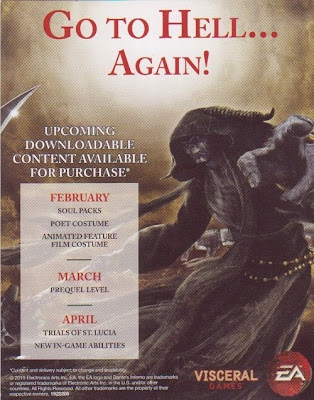 Here we go again, more DLC almost at the same time of the game. The concept of DLC is being raped and abused, seems that is now just a way to milk more cash out of gamers instead of prolonging the life of the games. Well if your into it the image above shows what to expect for Dante’s Inferno DLC. I really enjoyed the pretty but dumb God of War rip off but does it deserve DLC? Ea thinks so… but their a greedy bunch, Gluttony comes to mind!